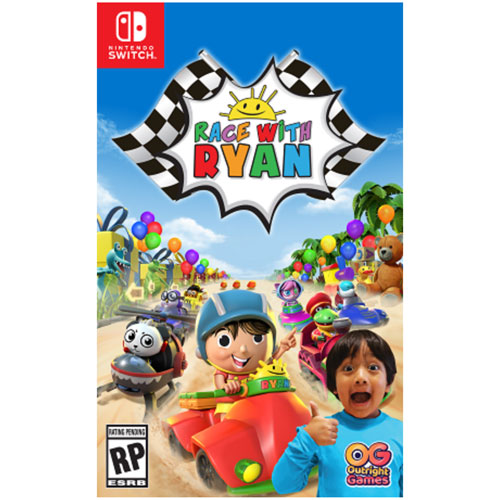 Race your way through a colourful, magical world in Race with Ryan for Nintendo Switch. Join Ryan's World characters like Moe, Gus, Alpha Lexa, Peck, and Ryan, and speed through The Toy Shop, Home Sweet Home, and other fun locations. Simple racing controls, auto-acceleration, auto-steering, and a tutorial make this a game the whole family can play.
$39.99
$3999
Sold and shipped by Best Buy

3.9
Average rating based on 9 reviews

Of the 9 reviewers who responded, 6 would recommend this product.