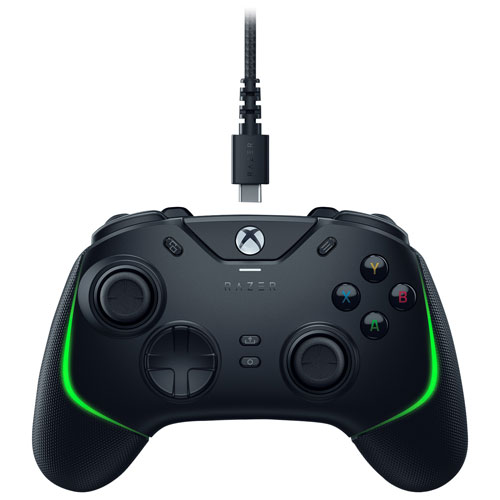 Face off against your toughest opponents with this Razer Wolverine V2 Chroma wired controller as your sidekick. Designed for your Xbox Series X|S, it's equipped with Mecha-Tactile Action Buttons and a D-pad for incredibly fast response times and tactile feedback. It offers six customisable buttons to give you user-friendly, precision control.

Of the 136 reviewers who responded, 109 would recommend this product.