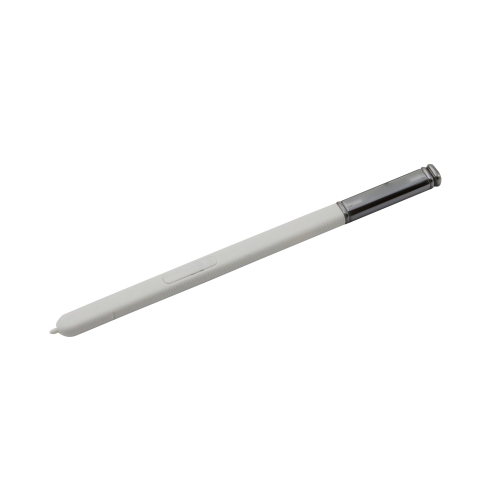 • Its small and lightweight design makes it easy and accurate to control giving you complete precision when using your handset. The Pen Stylus is styled similarly to a premium writing instrument. The Pen Stylus is Compatible with Samsung Galaxy Note Edge Series S.• Pen Stylus simulates a finger touch, tap or swipe to provide a full, touch-screen environment without leaving a single fingerprint behind. With its attractive design, the Stylus Pen allows you to make quick notes, draw or edit in addition to performing typical touch-screen commands.• You can also use the Pen stylus’ multifunction button in conjunction with shortcut gestures for faster input. A whole new level with its quickness and ease of making corrections to your work. A brand-new, unused, unopened and undamaged item in new retail packaging.• Making it less chance to scratch your screen during use, the round end of the stylus allows you to use it without the fear of causing any damage to your phone. The round ended stylus ensure you will not damage your screen whilst the textured design ensures it's easy to grip.• When you lose or damage your Pen Stylus you need another one right away that you can trust on the screen of your phone and you know is high quality. This Pen Stylus is the highest quality available. You have lost one of the many great features of this phone when you lose or damage your stylus.

If your stylus pen is broken, damaged, or currently missing, this stylus pen replacement can provide you the solution. It’s compatible with the Samsung Galaxy Note Edge Series S. Have you lost your cellphone Stylus Pen? or damaged the stylus tip? If you have lost your Pen stylus - you need this replacement. We all know this is a great replacement part with a ton of features and having to use with your device is just one of those great features. This Stylus Pen Replacement is a great low-cost way to make your cellphone new experience complete.

The refined Stylus Pen features enhanced pressure sensitivity, giving you a more natural, smoother brush effect that feels like writing on paper. Worry no more with the official cellphone stylus you will be able to control your phone's screen with increased accuracy. The stylus Pen can be used in all situations and for all applications. The soft round end of the stylus makes contact with the screen to control it. As it is a soft end, it won't damage your screen in any way and you won't have any fingerprints to contest with.

Seller offers free standard shipping on all orders above $100.