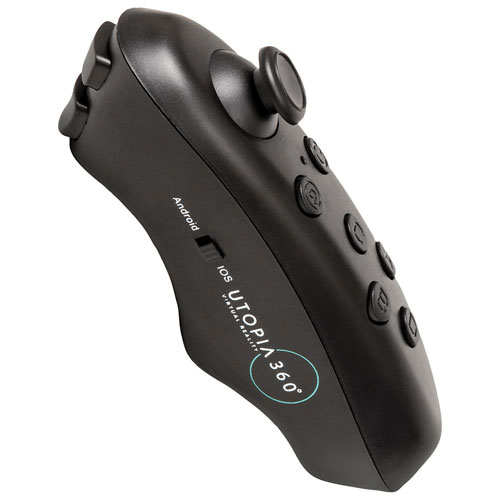 A great companion to your VR headset or smartphone, the Retrak Utopia 360 Bluetooth remote puts you in the driver's seat of virtual worlds, smartphone games, and more. Use it horizontally or vertically to play games, control music from your phone, or interact with virtual worlds.
$6.97
$697
Sold and shipped by Best Buy

Of the 154 reviewers who responded, 80 would recommend this product.