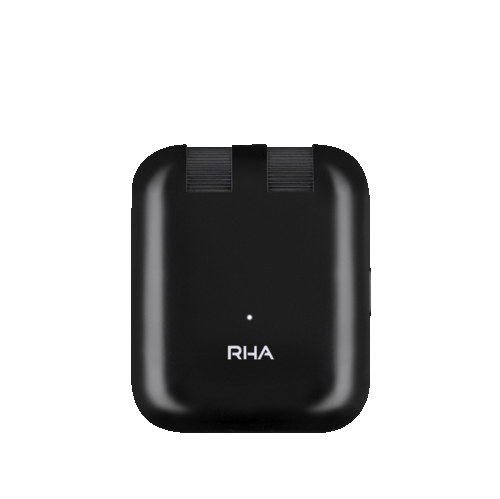 A Bluetooth adapter capable of turning any analogue signal from a 3.5mm device - or double 3.5mm flight audio socket - into high-fidelity Bluetooth signal compatible with any Bluetooth wireless headphones.
$69.99
$6999
Sold and shipped by Marmalade

A Bluetooth adapter capable of turning any analogue signal from a 3.5mm device - or double 3.5mm flight audio socket - into high-fidelity Bluetooth signal compatible with any Bluetooth wireless headphones.

• Everything is a Bluetooth audio player

From the oldest portable cassette player to the largest jumbo jet, RHA’s Wireless Flight Adapter turns any analogue audio into high-fidelity Bluetooth signal, compatible with any wireless headphones or earphones.

Watch the same movie; share song, or a favourite podcast. A quick tap of the Wireless Adapter’s button allows another headphone to be paired; enabling simultaneous audio playback.

The modular 3.5mm connections retract into the durable adapter casing when not in use. Use just one connection for standard analogue audio devices such as MP3 players, portable consoles or gym equipment, or use both for inflight entertainment systems.

• For the long haul

Capable of 16 hours playback - or continuous playback if plugged in via the supplied USB-C cable - the Wireless Flight Adapter can keep streaming for the whole flight, and more. The 10-metre range allows you to get up and move around without missing out.

An intuitive pairing process pairs the Wireless Adapter to the closest audio receiver in pairing mode. When switched on or plugged in, the adapter automatically searches the 8-device memory to pair with your most recently-used headphones.

Similar to all RHA headphones, the durable build of the Wireless Flight Adapter is provided with a signature three-year warranty. RHA’s warranty guarantees against defects no matter where you are.