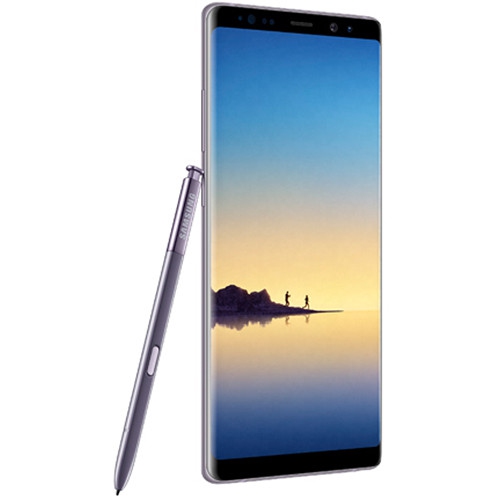 These phones are in excellent 9/10 cosmetic condition. They ship in non-retail box with aftermarket charger. Phone does not include accessories such as SIM card and earphones. The phone is unlocked and has a clean IMEI for activation. It will work with GSM providers: Rogers, Fido, Bell, Telus, Koodo, Mobilicity, AT&T, T-Mobile, etc.It will NOT work on the following networks: Wind Mobile, Freedom Mobile, Chatr, Videotron.
SAVE $590$509.99
$50999
Sold and shipped by Nem Distribution
3.9 seller rating, 83 review(s)

These phones are in excellent 9/10 cosmetic condition. They ship in non-retail box with aftermarket charger. Phone does not include accessories such as SIM card and earphones. The phone is unlocked and has a clean IMEI for activation. It will work with GSM providers: Rogers, Fido, Bell, Telus, Koodo, Mobilicity, AT&T, T-Mobile, etc.It will NOT work on the following networks: Wind Mobile, Freedom Mobile, Chatr, Videotron.

-Compatible with All Major US Carriers

Connect, entertain, work, and play with the unlocked Samsung Galaxy Note 8 SM-N950U 64GB Smartphone in Orchid Gray. This device comes with the S Pen stylus, dual 12MP cameras, waterproofing, and Samsung's Bixby personal assistant. The phone is powered by a Snapdragon 835 processor with one 2.35 GHz quad-core processor and one 1.9 GHz quad-core processor along with 6GB of RAM. The 64GB of onboard storage can be augmented via the microSD card slot.

The front of the Note 8 is dominated by a 6.3" AMOLED 2960 x 1440 Infinity Display, which curves around the edges for a bezel-less look. Above the screen is an 8MP f/1.7 front-facing camera with HDR and QHD video capability. There are two 12MP cameras around back, one f/1.7 with a 26mm-equivalent lens and the other f/2.4 with a 52mm-equivalent lens, enabling 2x zoom and simultaneous video and photo recording.

The Samsung Galaxy Note 8 has Bluetooth 5.0 built-in for pairing with other Bluetooth-enabled devices, and dual-band 802.11a/b/g/n/ac Wi-Fi for high-speed Internet connectivity. Integrated Wi-Fi Direct and NFC give you the ability to connect to compatible devices for wirelessly sharing content like photos and music. The Samsung Galaxy Note 8 is powered by a 3300mAh lithium-ion battery that can be quickly recharged thanks to on-board Fast Charging technology through the reversible USB Type-C port or through Qi and PMA wireless charging. A pair of AKG by Harmon-tuned earbuds are included, as are a USB cable, micro-USB adapter, charger, and SIM key.

Note: The SM-N950U is the North American Variant of the Galaxy Note 8. It will run on any GSM network that uses cell frequencies supported by the device, including AT&T and T-Mobile. It will also work with certain CDMA carriers, such as Verizon and Sprint. Current Verizon SIM cards can be transferred to the new device, though the carrier may limit the purchase of new SIM cards for unlocked phones. Since this device is unlocked, functionality for certain carrier-specific features cannot be guaranteed. Please confirm with your carrier that it supports the SM-N950U Galaxy Note 8 before purchasing.

This phone is designed to work on select GSM and CDMA networks and is 4G LTE capable. LTE is an advanced cellular network data protocol capable of data speeds so fast that they compete with wired broadband Internet providers. With an LTE connection, this phone should have no problem streaming HD video, downloading apps, uploading photos, or anything else that requires a high-speed data connection. The phone is also backwards compatible with 3G and 2G data for instances when you can't get LTE. In addition to cellular wireless, this phone also features Bluetooth, NFC, and Wi-Fi connectivity.

Note: Not compatible with all cellular networks. Please make sure your provider uses a frequency or band that this phone supports, and that they will allow you to used carrier unlocked phones. You can check which bands this phone works within the specifications.

The Note 8's S Pen has a finer tip and better pressure sensitivity than its predecessor, enabling writing, drawing, and more. Live Messages lets you send handwritten messages, GIFs, and marked-up photos to friends and family across most platforms. Screen Off Memo gives users the ability to start writing up to 100 pages of notes without waking their device up. The S Pen also offers a translation function for foreign languages and can automatically convert currencies and units of measurement.

The Infinity Display wraps around the left and right edges of the device for an immersive experience with an 83% screen-to-body ratio and offers QHD+ 2960 x 1440 resolution. The display is certified by the UHD Alliance as Mobile HDR Premium for accurate color reproduction.

The device features an IP68 rating, making it dustproof and able to be submerged in 5' of water for up to 30 minutes

The Note 8 comes with an embedded 3300mAh battery designed to last a full day of regular usage. It ships with an Adaptive Fast Charger for quick recharging and is compatible with Qi and PMA wireless charging standards. It is also compatible with Samsung's Fast Wireless Charger.

When paired with the optional Samsung DeX Station, you can use your Note 8 like a PC with a keyboard, mouse, and external display.

The Android operating system integrates heavily with Google's services. Using the card-based Google Now, Android quickly surfaces information for you whenever you need it, powered by the same Knowledge Engine that runs Google's web search. It's a personalized and customizable OS, allowing you to add your favorite apps or widgets to your homescreen. You can even download new themes using the Google Play Store, which offers access to more than one million apps, games, books, music, movies, and more. Android 7.1 Nougat adds major productivity capabilities to the operating system in the form of a multi-window view, which allows for two apps to be placed onscreen at a time. An improved notification system allows you to interact with texts and emails right from your notification pane - without needing to open the app. Other features include file-based encryption, a Data Saver mode, the ability to scale text and icons to better suit your phone's screen, and more.

Of the 623 reviewers who responded, 609 would recommend this product.