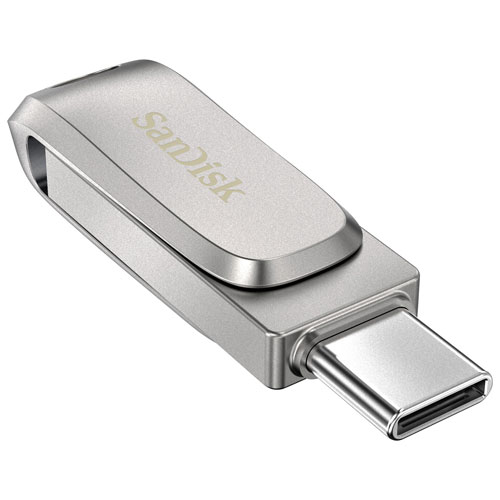 Transfer your files between mobile and PC easily with the SanDisk Ultra Dual Luxe USB Type-C/Type-A flash drive. Boasting a massive 512GB storage capacity, this flash drive lets you backup and carry with you important data such as documents, photos, music, movies, and more. Its built-in keyring hole allows you to attach it to your keychain so you can take it everywhere.
Sold and shipped by Best Buy

Of the 94 reviewers who responded, 89 would recommend this product.

Customers are responsible for clearing personal data prior to return.