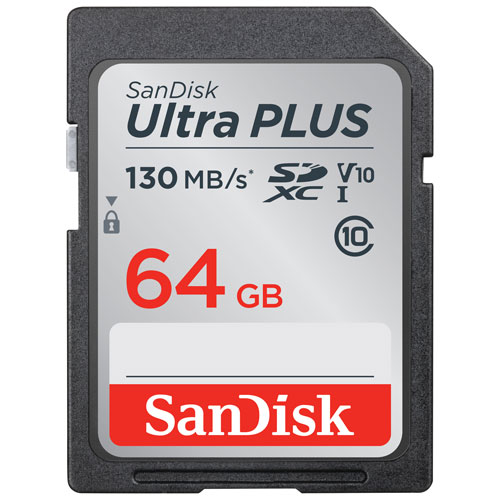 Make the most of your next photography session or video shoot with this SanDisk Ultra PLUS MicroSDXC memory card. Boasting a whopping 64GB of memory with a lightning-fast read speed of 130MB/s, this memory card allows you to take better photos and full HD video.
SAVE $35$24.99
$2499
SALE ends: July 29, 2021
1 Special Offer Available
Sold and shipped by Best Buy

Of the 1262 reviewers who responded, 1236 would recommend this product.