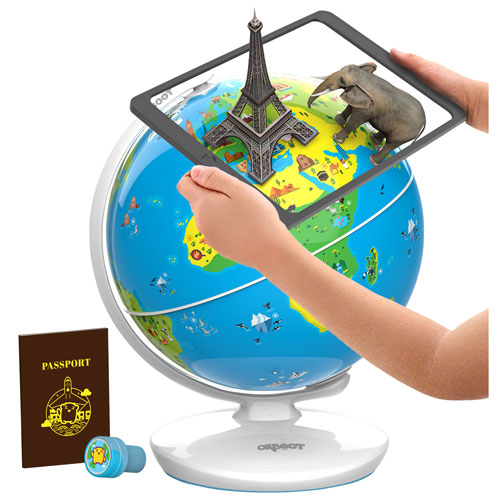 Give your kids a world-class learning adventure with the Shifu Orboot Augmented Reality Globe. Designed to engage and challenge kids, this kit features an interactive globe and a digital app so your child can build knowledge, linguistic skills, and cognitive abilities. They'll learn about different cultures, cuisines, inventions, and animals to inspire a love of geography.
SAVE $15$54.99
$5499
SALE ends: 27 janvier 2022
Sold and shipped by Best Buy

4.7
Average rating based on 40 reviews

Of the 35 reviewers who responded, 34 would recommend this product.