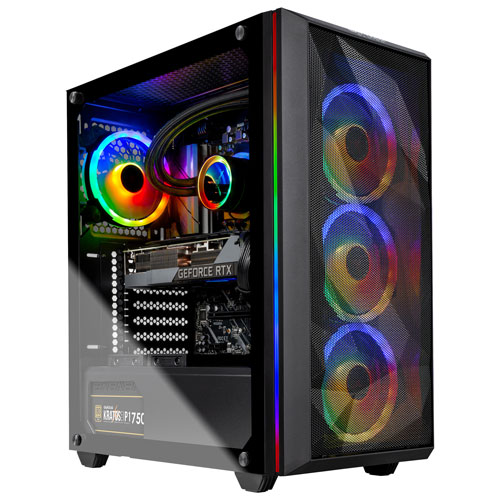 Take your gaming experience to a whole new level with the SkyTech Chronos gaming PC. Featuring an NVIDIA GeForce RTX 3070 graphics card to deliver high frame rates, this computer delivers highly realistic images and video for an immersive, seamless gaming experience. The AMD Ryzen 7 3700X processor powers up your gaming with the ability to stream and edit videos simultaneously.

3.7
Average rating based on 15 reviews

Of the 15 reviewers who responded, 11 would recommend this product.