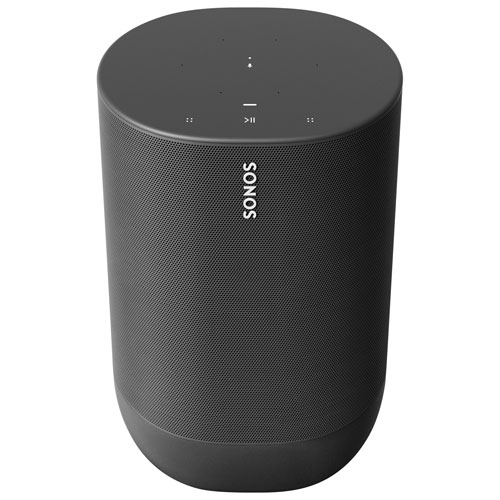 Take your music anywhere with the Sonos Move wireless speaker. It provides rich bass, a wide soundscape, and automatic Trueplay tuning to deliver powerful sound. This weatherproof, portable speaker uses Bluetooth connectivity that lets you play music even in places where Wi-Fi is not available.

Of the 2293 reviewers who responded, 2191 would recommend this product.