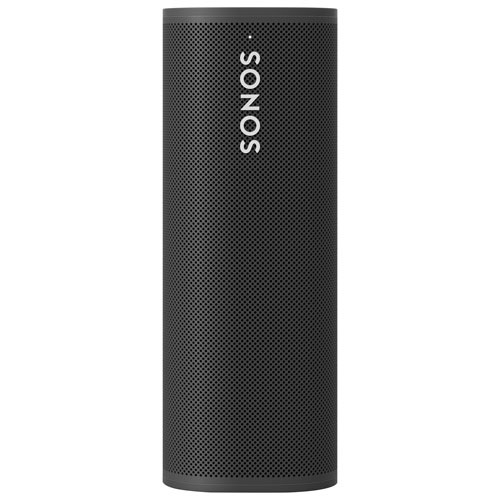 Take astonishing sound anywhere with you with the Sonos Roam Bluetooth wireless speaker. With Wi-Fi and Bluetooth connectivity, you can pair it with your smartphone and stream music and more for up to 10 hours on a single charge. Use the Sonos app, Amazon Alexa, Google Assistant, or Apple AirPlay 2 to control the sound and create a whole-home system with multiple Sonos speakers (sold separately).
Sold and shipped by Best Buy

Of the 2978 reviewers who responded, 2258 would recommend this product.