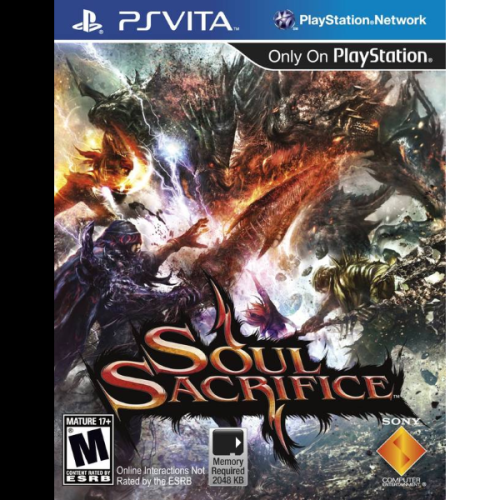 Prepare yourself for a brutal combat experience where every decision made will have consequential results in Soul Sacrifice for the Sony PlayStation Vita.What would you sacrifice for ultimate power?

Take on the role of a slave who is about to be sacrificed, stumbles upon a forbidden book that allows its readers to relive battles between sorcerers and monsters of the past. In order to use the magic during fierce battles, the player must be willing to make a sacrifice - ranging from personal belongings, a limb, or even a life.Features:

4.3
Average rating based on 39 reviews

Of the 39 reviewers who responded, 35 would recommend this product.