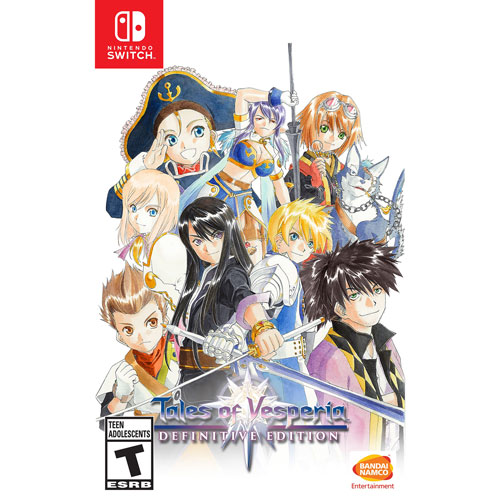 Celebrate the 10th anniversary of a beloved RPG with Tales of Vesperia Definitive Edition. One of the most popular of the "Tales of" games, this new edition features fully remastered HD graphics, new characters, expanded story, and more.
$39.95
$3995
Sold and shipped by Best Buy

Of the 416 reviewers who responded, 398 would recommend this product.