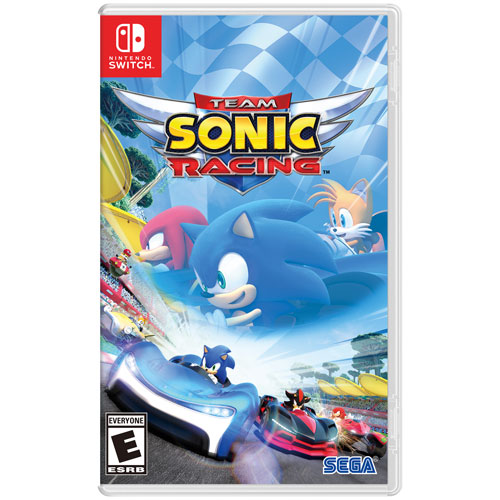 Blaze to victory in the battle for bragging rights in Team Sonic Racing for Nintendo Switch. Combining the best ingredients of arcade games and fast-paced racing, Team Sonic Racing lets you face-off with friends, or work as a team sharing power-ups and speed boosts. Unlock game changing vehicle customization options to suit your racing style.

3.0
Average rating based on 2 reviews