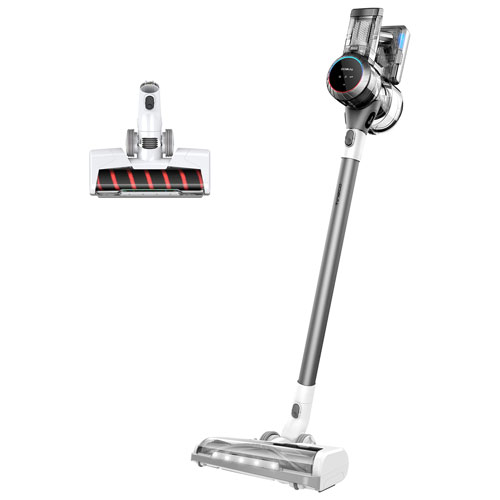 Change the way you clean with the Tineco Pure One S11 Tango cordless stick vacuum. It features iLoop smart-sensor technology that detects hidden dirt and adjusts the suction power accordingly. With a 450W motor and up to 130W of suction power, it handles tough messes for a full home cleaning. Two included brush heads make it simple to clean up dirt on carpets and hard floors.
$599.99
$59999
Sold and shipped by Best Buy

4.6
Average rating based on 93 reviews

Of the 92 reviewers who responded, 84 would recommend this product.