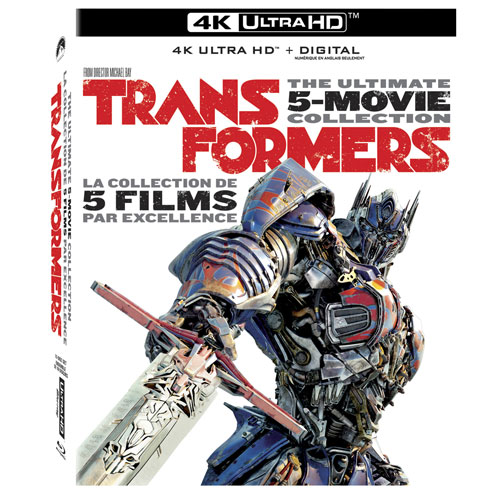 An ancient struggle between two Cybertronian races, the heroic Autobots and the evil Decepticons, comes to Earth, with a clue to the ultimate power held by a teenager.
$68.99
$6899
Sold and shipped by Best Buy

An ancient struggle between two Cybertronian races, the heroic Autobots and the evil Decepticons, comes to Earth, with a clue to the ultimate power held by a teenager.

Transformers: Revenge of the Fallen

Sam Witwicky leaves the Autobots behind for a normal life. But when his mind is filled with cryptic symbols, the Decepticons target him and he is dragged back into the Transformers' war.

Transformers: Dark of the Moon

The Autobots learn of a Cybertronian spacecraft hidden on the moon, and race against the Decepticons to reach it and to learn its secrets.

From director Michael Bay comes the best 'Transformers' ever! With humanity facing extinction from a terrifying new threat, it's up to the Autobots to save Earth. They'll need new allies, including inventor Cade (Mark Wahlberg) and the Dinobots!

Our world's greatest hero becomes our fiercest enemy when Optimus Prime launches a mission to save Cybertron by destroying Earth. Now Bumblebee and Cade Yeager (Mark Wahlberg) must lead the Autobots in the ultimate battle to save mankind.