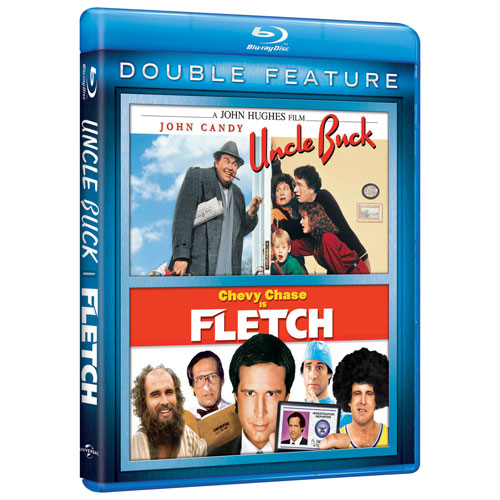 UNCLE BUCK: John Candy stars in UNCLE BUCK, the outrageous comedy written and directed by John Hughes (THE BREAKFAST CLUB). As an idle, good-natured bachelor, UNCLE BUCK is the last person you would think of to watch the kids. However, during a family crisis, he is suddenly left in charge of his nephew and nieces.

FLETCH: Chevy Chase is at his hilarious best as Irwin "FLETCH" Fletcher, a newspaper reporter who changes his identity more often than his underwear. While working on a drug exposé, he stumbles onto a scam that gets him up to his byline in murder, police corruption and forbidden romance.