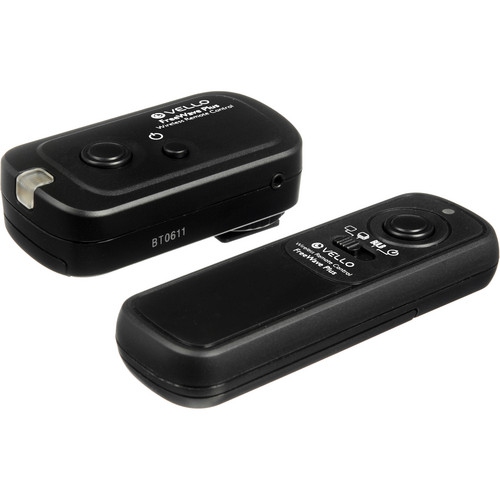 Trigger your cameras shutter wirelessly with the FreeWave Plus Wireless Remote Shutter Release fromVello, a lightweight remote control system that will help you avoid unwanted camera movement. This 2.4 GHz model is compatible with Canon cameras and will work both wired and wirelessly up to 320, depending on your own needs and setup. This makes it useful for photographing wildlife or for macro and long exposures where it is necessary to eliminate any chance of camera shake.The FreeWave system also has access to 16 channels for triggering multiple receivers and has an internal antenna that will be protected from any accidental damage. Multiple features are available for shooting, such as a four-second delay as well as multi-exposure and long exposure modes. The device also has a dual function release, enabling focus on half press and triggering the shutter release on a full press. Additionally, it has LED indicators to confirm pre-focus and exposure while in wireless mode and the receiver and transmitter each run on two AAA batteries. Compatible Cameras