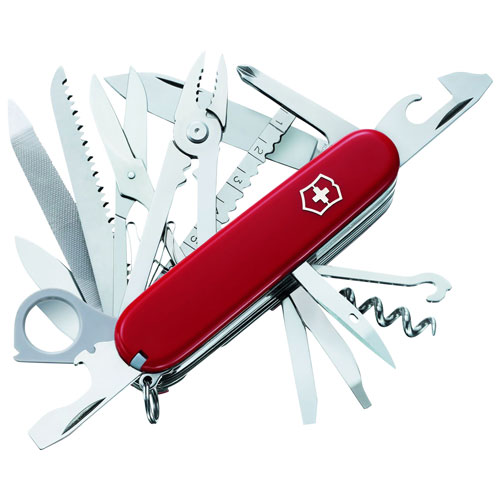 The Victorinox SwissChamp Swiss Army Knife performs 33 functions that embodies a portable toolbox for your pocket. Be ready to spring into action around the house or in the great outdoors. This stainless steel multifunctional tool features a 2.45" blade, pliers and many more accessories to handle most jobs with ease.
$135.99
$13599
Sold and shipped by Best Buy