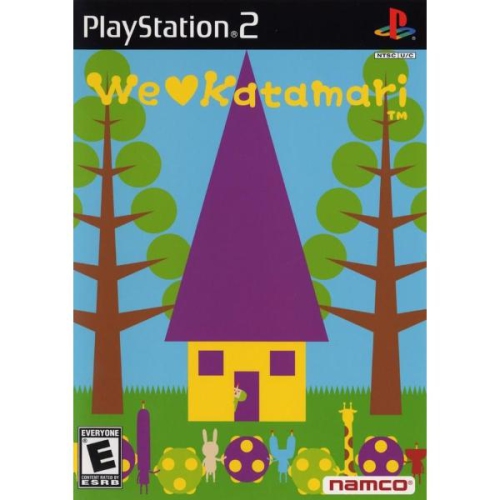 Play as the Prince or any of his cousins to complete the tasks given to you by the King of Cosmos' many fans in We Love Katamari from Bandai Namco for the Sony PS2.Following the snowballing success of Katamari Damacy, Namco challenges players to roll it all up again in this sequel. As in the original, a tank-tracks styled control scheme has players using both analog sticks to roll a sticky ball around each of the game's colorful levels, gathering nearly every object the ball touches to make it grow larger.The biggest change in We Love Katamari may be the multiplayer modes, in which two characters must work together to move the ball, each controlling the equivalent of one analog stick.Other new features include the ability to pause the game and examine the level from various perspectives (including a "King of Cosmos'"-eye view from above), the chance to take pictures with an in-game camera, and a choice of background music before levels.Features:

·Roll-up famous landmarks, animals, people, and more in this sequel to Katamari Damacy.