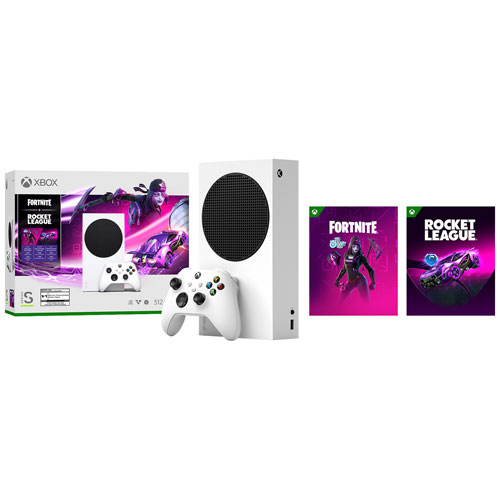 Take on the challenge to defeat your opponent or enjoy your favourite movies with the Xbox Series S Fortnite and Rocket League Bundle. Amplified with a 512GB SSD and up to 120fps support, this console is designed to improve the load times and deliver smooth gameplay. Its 3D spatial sound lends stellar sound while the efficient wireless controller minimises the latency to offer excellent precision.
$379.99
$37999
Sold and shipped by Best Buy

Geek Squad Protection goes above and beyond the manufacturer’s warranty. With unique benefits, we can help you avoid costly repairs and replacements. Plus, starting a service request is as easy as visiting your local Best Buy store or connecting with us at geeksquad.ca/protection.

Of the 262 reviewers who responded, 247 would recommend this product.