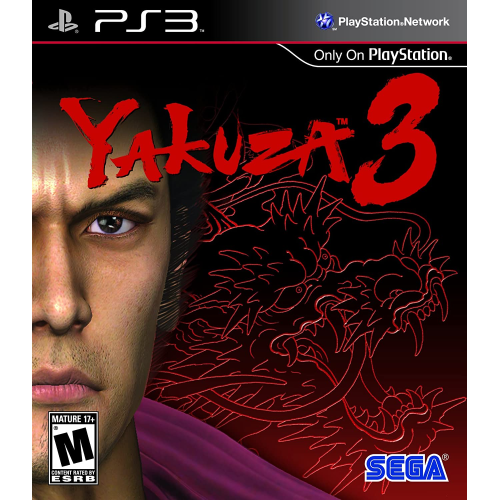 Follow Kazuma's journey from the beaches of Okinawa to the darker side of Tokyo, as he is pulled back to a past life he thought he had left behind in Yakuza 3 from SEGA for the Sony PS3!Introducing the next cinematic chapter in the prestigious Yakuza series renowned for it's authentic, gritty and often violent look at modern Japan.Making its first appearance exclusively on the PlayStation 3 computer entertainment system, the rich story and vibrant world of Yakuza 3 lets players engage in intense brutal clashes within the streets of Okinawa, and the vibrant and often dangerous city of Tokyo where only the strongest will survive.Features:

·Tokyo and Okinawa are rendered with stunning accuracy

·Play a variety of mini-games including billiards, karaoke or even take in a game of golf