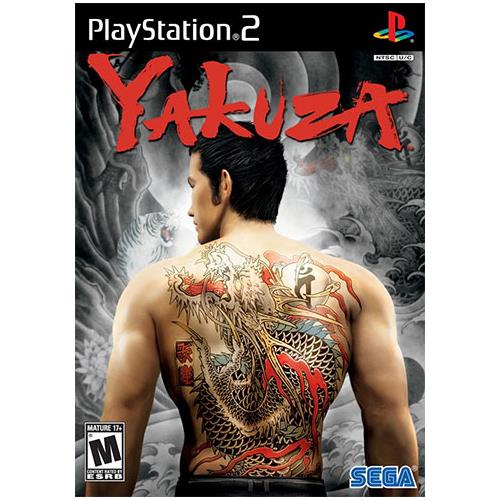 In a society where respect and honor holds great importance, there is an even higher regard for these traits within the one underground organization that is most feared by all: The Yakuza.
$24.99
$2499
Sold and shipped by JADD Entertainment
4.3 seller rating, 12 review(s)

In a society where respect and honor holds great importance, there is an even higher regard for these traits within the one underground organization that is most feared by all: The Yakuza.

Kazuma – a former rising star in the Yakuza who is rebuilding his life after serving a 10-year prison term for murder – suddenly finds himself caught in a spiraling underworld plot involving a mysterious girl known as Haruka and a missing $100 million. Kazuma must use his fists and his wits to stay alive as he unravels the complex web of truth and lies that surrounds the notorious Yakuza. For the first time, enter the Yakuza world in a thrilling adventure created by noted producer Toshihiro Nagoshi with novelist Seishu Hase. A critical and commercial hit in Japan, Yakuza authentically re-creates the city streets and illicit haunts of Tokyo’s nightlife district, with memorable characters, cinematic style, free-roaming adventure, a gripping story, deadly fighting, and deep gameplay. Features * Cinematic Story: Award-winning Japanese novelist Seishu Hase and producer Toshihiro Nagoshi create an engrossing storyline packed with complex, captivating characters. Yakuza spans more than a dozen intricately detailed chapters as Kazuma unravels the complex web behind the Yakuza. * Authentic Tokyo: Freely explore the hidden nightlife district of Tokyo—from sprawling neon-lit streets and nightclubs to actual shops licensed specifically to deliver the authentic feel of this enticing metropolis. * Stylish New Fighting Engine: Created specifically for Yakuza, the game’s engine allows players to string together attack combos to take out multiple enemies simultaneously in street brawls or grab and use in-game objects to defeat opponents. Add strength, stamina, and skills through combat and build your heat gauge with perfect combos to feel the rush of pure fighting power. * Deep Gameplay: Build skills and attributes by gaining experience, accumulate weapons and items, engage in numerous side missions, gamble, interrogate and bribe informants.