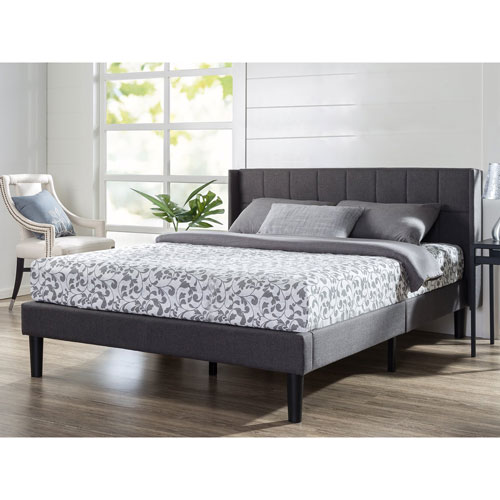 Create a stylish place to slumber with this contemporary upholstered platform bed. It features a tasteful knit fabric upholstery with square stitched detailing and a classic wingback design. The exposed feet and wooden slat provide strong support for your mattress. Easy to assemble, it arrives on your doorstep in a single carton.
$549.99
$54999
Sold and shipped by Best Buy

4.3
Average rating based on 14 reviews

Of the 12 reviewers who responded, 10 would recommend this product.