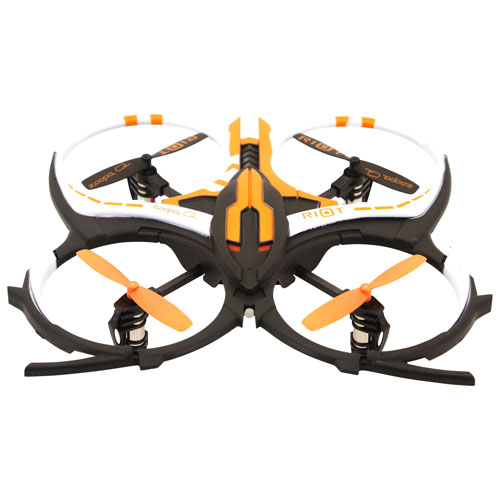 It's all about fun and flight with the Zoopa Q165 quadrocopter. Its lightweight design makes it easy to be used in indoors and 360-degree flip function lets you perform amazing stunts in mid-air. The all-around LED light facility lets you view the quadrocopter's orientation so you can carefully steer and avoid collisions.
SAVE $3$4.97
$497
SALE ends: October 27, 2021
Sold and shipped by Best Buy

2.8
Average rating based on 4 reviews

Of the 4 reviewers who responded, 2 would recommend this product.