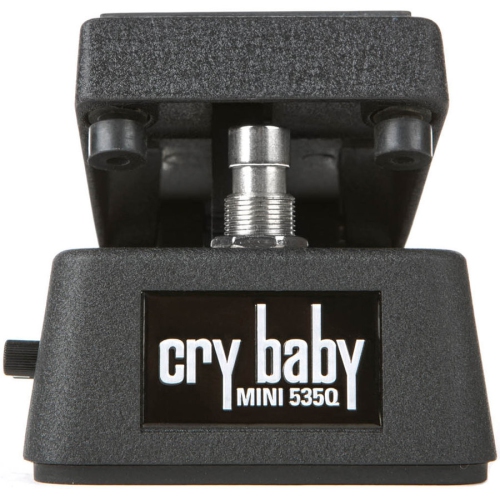 At half the size of a standard wah, the Cry Baby Mini 535Q Wah provides the perfect balance of wah control and pedalboard-efficiency. Set the tonal character of your sound with the Range Selector, which allows you to choose one of the standard 535Q Wah's four most popular sweep ranges. With the Q control, you can shape the wah's response, from a narrow bandpass that emphasizes higher end harmonics to a wide bandpass that emphasizes lower end harmonics. If you want to bump yourself up to the front of the mix, just crank the Volume control and then kick the Boost switch to engage the level change. There's a handy LED next to the Boost switch that lets you know when it's active.