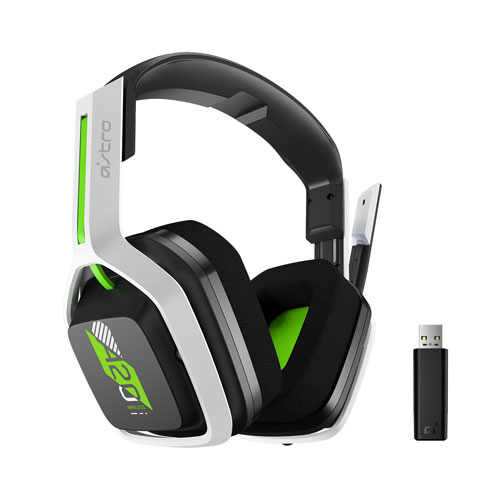 Step up your gaming experience with the more balanced sound of the Astro A20 (Gen 2) wireless gaming headset. Enhanced with Astro Audio V2, its 40mm neodymium drivers deliver balanced sound output, while EQ presets let you customise your audio the way you want.
$169.99
$16999
Sold and shipped by Best Buy

Of the 429 reviewers who responded, 374 would recommend this product.