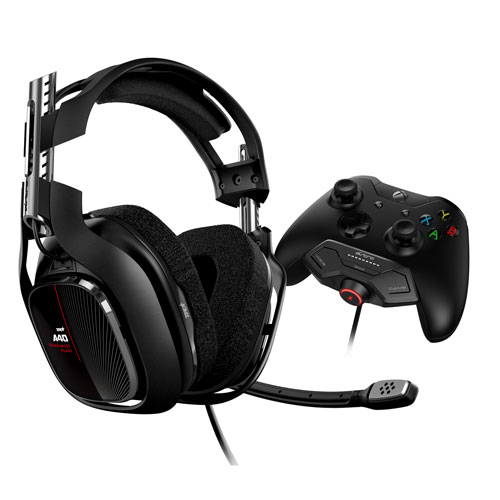 Enjoy a completely customizable audio experience with the ASTRO A40 TR headset for Xbox One. This wired gaming headset delivers pro-quality sound, ideal for live streaming or tournament play.It features Dolby Audio and ASTRO Audio V2 so you can immerse yourself into the action. It comes with the MixAmp Pro TR to fully customize your audio experience.

Of the 489 reviewers who responded, 442 would recommend this product.