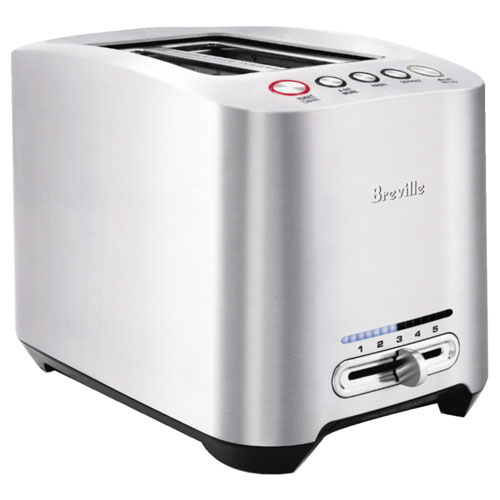 Never again will your toast be under or overdone. The Breville Die-Cast 2-slice Smart Toaster has all the features needed for perfect toast every time. A motorized lever automatically lowers, centers, and lifts your toast, and an innovative Lift and Look button lets you check toasting progress without restarting the toasting cycle. It has a Defrost and Bagel function, and the A Bit More button lets you achieve that perfect crispness.
SAVE $30$149.99
$14999
SALE ends: December 9, 2021
Sold and shipped by Best Buy

Of the 99 reviewers who responded, 81 would recommend this product.