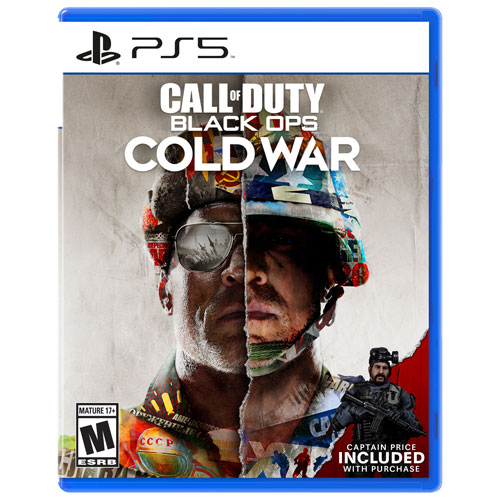 Challenge historical figures and disturbing truths to prevent the enemy from shifting the global balance of power in Call of Duty: Black Ops Cold War for PlayStation 5. From East Berlin to Vietnam and the Soviet KGB headquarters, it offers thrilling action set during one of the most important geopolitical battles of the 20th century. Which side of history will win?
$89.99
$8999
Sold and shipped by Best Buy

2.9
Average rating based on 16 reviews

Of the 16 reviewers who responded, 9 would recommend this product.