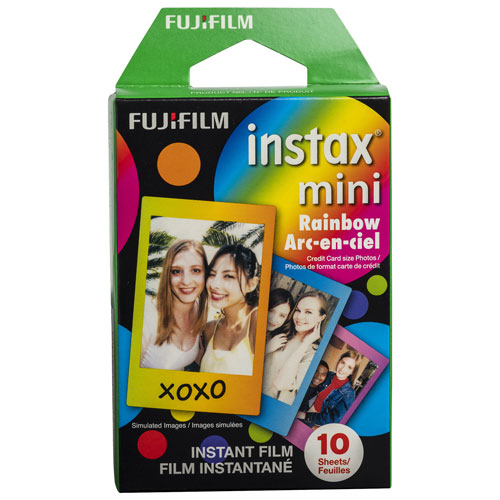 Keep the joy of instant film alive with this pack of Fujifilm Instax Mini Rainbow Instant Film with 10 sheets of instant colour film for Fujifilm Instax mini cameras. You get vivid colour reproduction, natural skin tones and great sharpness and clarity on a credit-card sized glossy image surrounded by a colourful rainbow border.
$13.99
$1399
Sold and shipped by Best Buy

Of the 2706 reviewers who responded, 2617 would recommend this product.