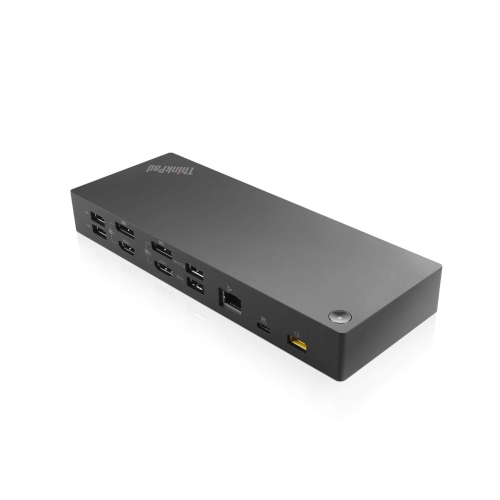 The ThinkPad Hybrid USB-C with USB-A dock expands the capabilities of most any laptop, new or old, making it perfect for enterprise customers with mixed-PC or shared-desk environments. Featuring enterprise-class manageability, like PXE boot and MAC address pass-through, the ThinkPad Hybrid USB-C with USB-A docking station offers three high-speed USB 3.1 ports and includes a USB-C to USB-A adapter to provide port replication to non-Lenovo or USB-C laptop computers. This ThinkPad Hybrid dock also supports dual monitor setups, up to dual UHD 4K resolution, and rapid charging for ThinkPad notebooks. To check if the dock is compatible with your system, CLICK HERE For Display and Video Output configurations, CLICK HERE

Of the 114 reviewers who responded, 95 would recommend this product.

All refunds will be processed within 2 Business Days.