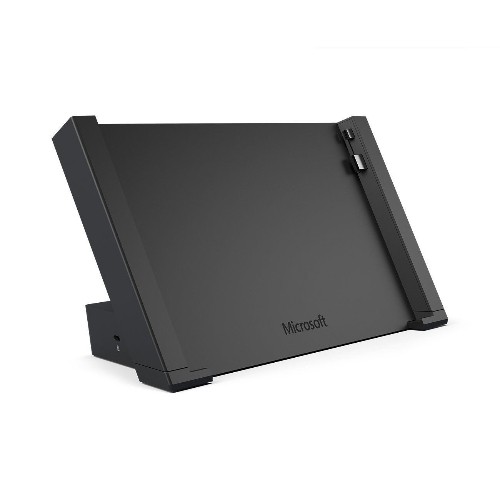 For the Surface 3 Only, Converts Surface 3 into Desktop PC

Transform your Surface 3 into a desktop workstation with this black Docking Station from Microsoft. Featuring an Ethernet port, Mini DisplayPort, and four USB ports, this device enables you to connect hardware accessories, establish a wired network connection, and extend your Surface's display to another screen or monitor. The four USB ports also enable you to transfer files to an external drive or charge other USB-compatible devices and accessories. For additional convenience, the Docking Station charges your Surface device while it's docked.

Of the 472 reviewers who responded, 454 would recommend this product.