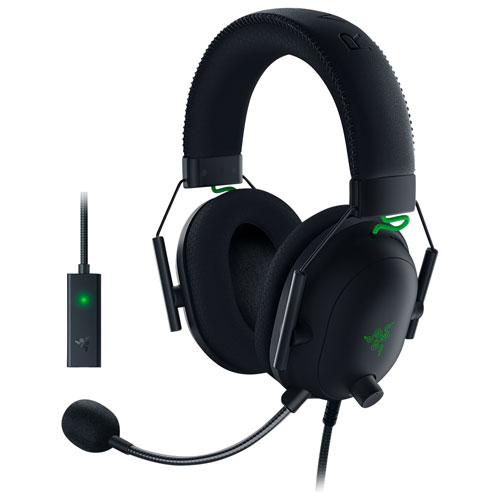 Level up your esports experience with this Razer BlackShark V2 gaming headset with microphone. It features 50mm titanium-coated Razer Triforce drivers, THX Spatial Audio, and a USB sound card to deliver highly stunning audio and the ability to personalise the sound according to your gaming needs. The soft ear cushions allow for hours of comfortable use.

Of the 718 reviewers who responded, 649 would recommend this product.