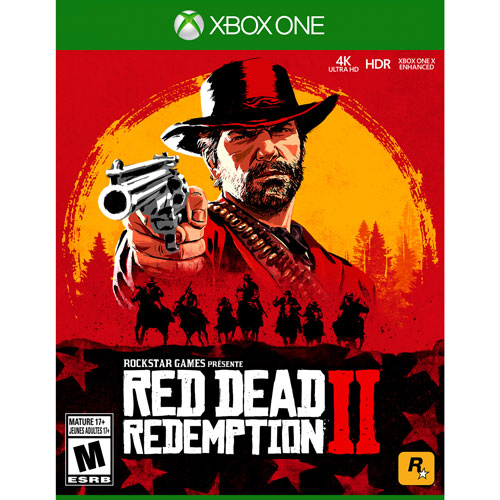 Winner of over 175 Game of the Year Awards and recipient of over 250 perfect scores, Red Dead Redemption 2 for Xbox One is an epic tale of honour and loyalty at the dawn of the modern age.
ESRB Rating
Mature
Game Format
Physical
Compatible Platform(s)
Xbox One

4.2
Average rating based on 15 reviews

Of the 2 reviewers who responded, 1 would recommend this product.