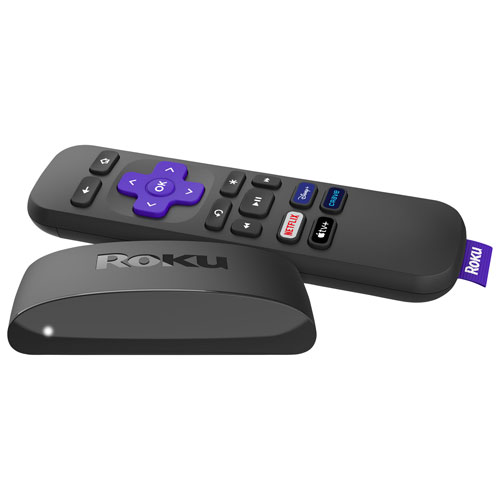 Get access to your favourite online content with this Roku Express media streamer. Boasting a compact design, it quickly connects to your HDMI-enabled TVs to deliver up to 4K video resolutions for an immersive entertainment experience. Its included remote control lets you operate your TV as well as the streamer for added convenience.
Sold and shipped by Best Buy

4.5
Average rating based on 40 reviews

Of the 40 reviewers who responded, 35 would recommend this product.