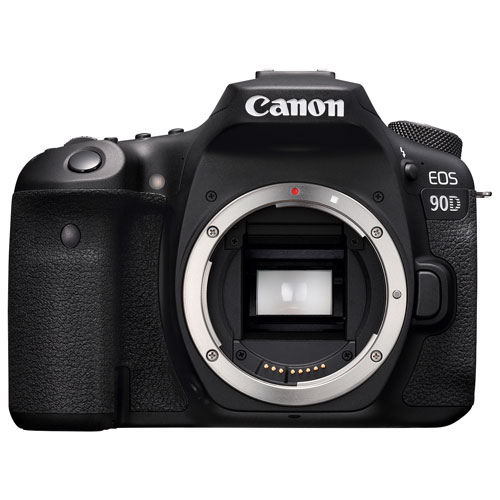 From a sports game to nature hikes, the Canon EOS 90D camera can capture it all in jaw-dropping clarity. A 32.5MP CMOS (APS-C) sensor and an ISO range of 100-25,000 delivers sharp images, even in dim lighting. The E0S 90D is great for quickly-moving subjects, thanks to high-speed continuous shooting of up to 10 fps, 45-point cross-type AF system and EOS iTR AF.

Of the 138 reviewers who responded, 135 would recommend this product.

This product can only be returned if unopened. Restocking fees may apply.