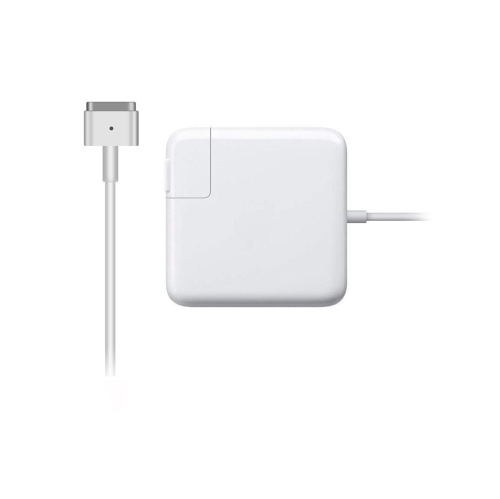 60W Power Adapter for Apple MagSafe II Macbook Use an extra adapter for home or work.

The 60 Watt MagSafe 2 Power Adapter features a magnetic DC connector that ensures your power cable will disconnect if it experiences undue strain and helps prevent fraying or weakening of the cables over time.

In addition, the magnetic DC helps guide the plug into the system for a quick and secure connection. When the connection is secure, an LED located at the head of the DC connector will light; an amber light lets you know that your portable is charging, while a green light tells you that you have a full charge.

This power adapter recharges the lithium polymer battery while the system is off, on, or in sleep mode.

It also powers the system if you choose to operate without a battery.

*This is compatible product not Apple product！