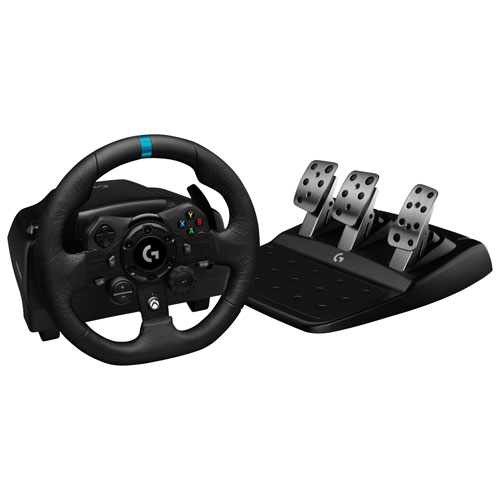 Get a whole new experience while playing racing games with the Logitech G923 racing wheel for Xbox Series X, Xbox One and PC. It's powered by TRUEFORCE feedback technology that offers incredible realism and detail by directly connecting to game engines with fast processing speeds. The hand-stitched leather wheel cover and polished metal pedals add to the style.
$499.99
$49999
Sold and shipped by Best Buy

Of the 42 reviewers who responded, 37 would recommend this product.

Ease of Use: Good