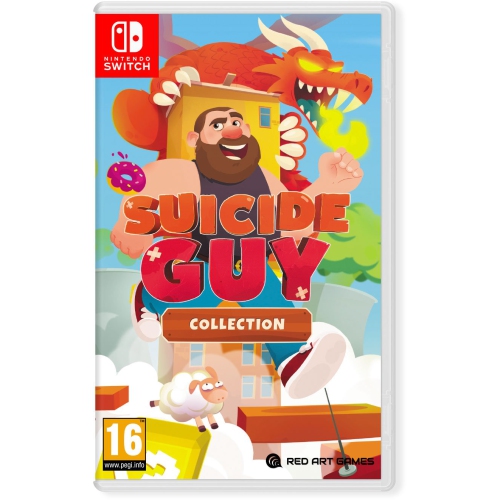 This standard edition will include a cardboard sleeve box.

«Suicide Guy» is a first person action-puzzle game set in a world of dreams. You’ll assume the role of a nice big guy unable to wake up from his dreams. Your task is to help him to step out of them.

«Suicide Guy Sleepin’ Deeply» is a new chapter of «Suicide Guy» where you’ll be challenged with even more insane puzzles, generated by the surreal dreams of the Guy. You’ll encounter the weirdest of the living beings as you go deeper and deeper into his subconscious. This time, to wake him up you’ll need all your skills. • Story-driven game • Physics based levels

• Ultimate moves: be able to pick up items, throw them, activate mechanisms and even burp.

• An important mission to accomplish